Boise Mayor Lauren McLean, the Boise City Council, acting police Chief Ron Winegar, and a representative of the police union explained the investigation being planned and answered questions. Council members Luci Willits and Lisa Sanchez did not stand up with the rest of the Council, but it is reported that Ms. Sanchez was present for the press conference.

It was announced last week that Captain Bryngelson has allegedly used language that indicates racist ideals and according to Mayor McLean,

These allegations stem from comments made by the former Captain regarding crime prevalence statistics when categorizing the race of the suspects. It is also alleged that Bryngelson was a speaker and blogwriter for an organization called American Renaissance. It has been reported that he spoke, wrote, and was interviewed for this organization using the pseudonym Daniel Vineyard. In this screenshot from the American Renaissance website, you can see that the video interview by Jared Taylor with Daniel Vineyard has been removed. 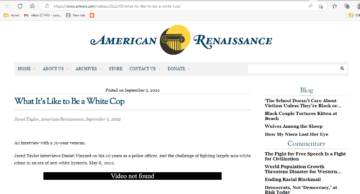 The comments below the video show “Daniel Vineyard” commenting about the fact that he is now retired. 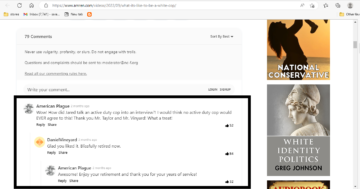 In looking through other comments on the American Renaissance website by Daniel Vineyard, we came across this:

“Through decades of experience, Steptoe has earned a national reputation as a go-to firm for boards, audit committees, special committees, companies, and other institutions for defending government investigations, and conducting sensitive internal investigations, compliance reviews, and monitorships.

The purpose of the investigation is to determine whether or not the allegedly racist ideals held by Bryngelson affected his police work during his 24 years at BPD. Idaho Dispatch asked StepToe,

1. What is the criteria used to determine systemic racism within a policing organization?
2. How is the determination made that racism affects police work and outcomes?
3. What type of recommendations has your organization given to other police forces that employed systemic racism?

As of the time of this writing, no response has been received.

During the press conference, Idaho Dispatch asked the question whether the statistics Bryngelson cited, which sparked this inquiry, are accurate or inaccurate. The Mayor, City Council, Police, and police union representative were not able to provide an answer to that question.

The Mayor will submit the proposed investigation plan and contract to Boise City Council next week for their review and approval. It was noted that the proposed cost to the city is not being disclosed until the council has reviewed it.

You can listen to the entire press conference here: City of Boise Press Conference Nov 30, 2022 (rumble.com)