The mainstream media is projecting Joe Biden to be the next President of the United States.

President Donald Trump and his legal team meanwhile are challenging the results of the election. Rudy Giuliani, part of Trump’s legal team held a press conference in Pennsylvania earlier today where they say they are bringing evidence to federal court to challenge the validity of some of the votes cast and where they say Republican election officials were prohibited from validating ballots in some cities.

In Idaho, Trump was the victor by over 20 percentage points, but that did not stop some of his supporters from rallying at the capitol this afternoon.

Approximately 800-1,000 supporters rallied at the capitol according to Diego Rodriguez who was the emcee for the event and also serves as the Marketing Director for the Freedom Man PAC.

The event was originally planned by Pam Hemphill and then sponsored officially by the MAGA Girls Idaho Chapter and was titled, “Trump Won (Stop the Steal).”

Idaho Dispatch was live on the ground and covered the event. You can check out our live stream on our Facebook Page or the YouTube link below.

In addition to Nichols and Von Ehlinger speaking, Machele Hamilton, who is the 1st Vice-Chair of the Idaho Republican Party addressed the crowd and told them that the Idaho GOP supports President Trump.

Tom Munds from the John Birch Society spoke to the crowd. He encouraged them to get involved with the “JBS” and to be active in their political engagement.

Other speakers included Sara Brady who was arrested earlier this year for trespassing at a public park in Meridian. The outcome of her case is still pending. Brady spoke to the crowd about freedom and liberty and taking a stand.

You can hear the entirety of the speeches by watching the live stream posted earlier in this article.

Pam Hemphill who does independent streaming of many events in Idaho as well as the MAGA Girls Idaho Chapter also briefly spoke about their desire to put on the event and support Trump.

Once the speakers were done, the group marched to Front Street, a busy Boise road that leads to the “connector” which then leads to I-84.

There, Trump supporters waved flags and held signs in support of President Trump.

While many in the crowd that we saw were Trump supporters, there were some counter-protesters present as well.

Across the street, approximately six counter-protesters had gathered with a number of others also intermingling with the Trump crowd. A number of the signs held by counter-protesters were vulgar in nature and will not be posted here although our live stream may have picked up those signs at one point.

Idaho Dispatch did witness approximately 20-25 vehicles that drove by the Trump crowd and flipped them off and/or said “Fu** you” or “Fu** Donald Trump.”

Idaho Dispatch is unaware of any physical altercations that took place and there was police presence from both the Boise Police Department and the Idaho State Police.

What are your thoughts on the results of the election so far? Do you believe Joe Biden will be the next President of the United States or is President Donald Trump going to win in court and become victorious in the end?

Finally, please support independent journalism by becoming a supporter of Idaho Dispatch today for just $2.97 a month or by doing a one-time donation at IdahoDispatch.com/donate and help us grow! 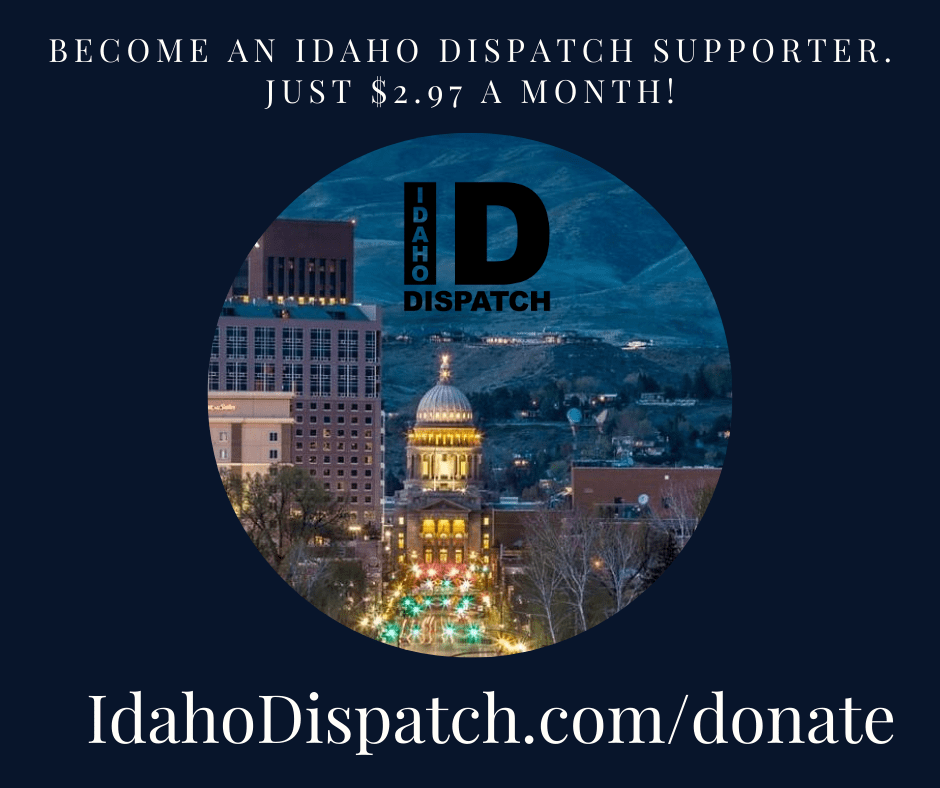