Jefferson County Sheriff Steve Anderson reported at a press conference that the suspect is a student at the school and is a “sixth-grade female student” who used a “handgun” during the shooting. Anderson also says that a teacher disarmed the student and held her at the school until police arrived.

Anderson did not release the names of any of the victims or the suspect. They also said that the investigation is ongoing any further details would be released in the future.

This story is developing and will be updated as new information becomes available.

Police are reporting that two students and one adult custodian were injured this morning during an “active shooter” situation at Rigby Middle School. Police say that the three individuals sustained non-life-threatening injuries and that they are in stable condition.

Police also say that the suspect is in custody and is a student at the school.

No other information regarding the incident is currently available. We will post any updates at the top of this article when we learn more.

Governor Brad Little posted the following statement on Facebook in response to the shooting:

I am praying for the lives and safety of those involved in today’s tragic events. Thank you to our law enforcement agencies and school leaders for their efforts in responding to the incident. I am staying updated on the situation.

Congressman Russ Fulcher has not currently posted a statement on the situation.

Idaho Dispatch also tried to find statements from the Idaho House and Senate Minority leaders but did not see any posted at this time. 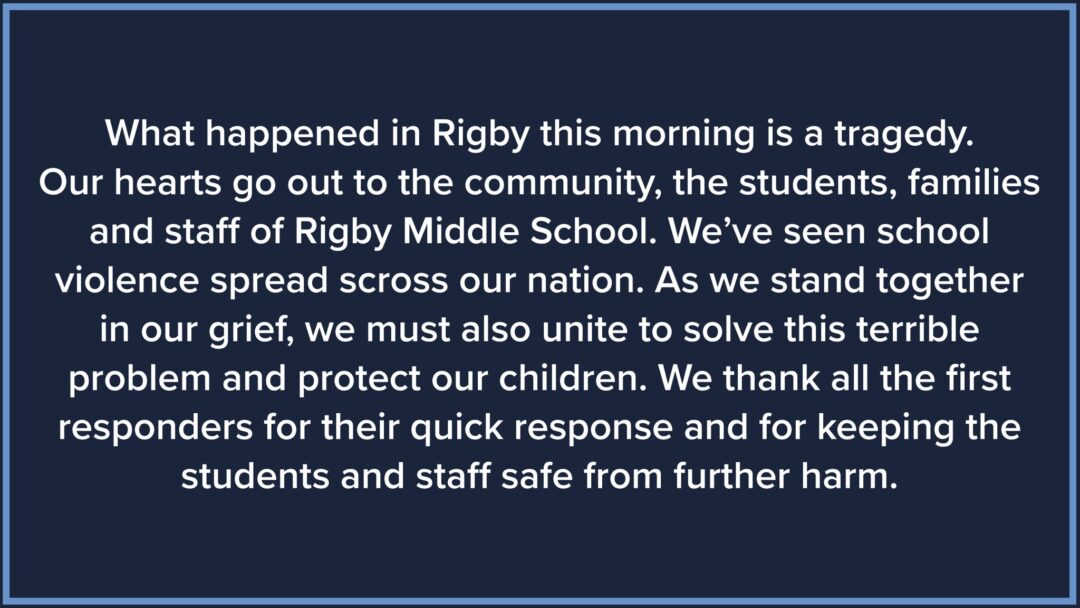 No statement from the Idaho Republican Party has been posted at this time.

If you have any additional information about today’s shooting in Rigby, please send it to info@idahodispatch.com.