Idaho Dispatch received several inquiries regarding an event that took place today at the Idaho Capitol.

The Idaho chapter of the Satanic Temple held a Satanic Prayer at the capitol earlier today.

We held a Satanic Prayer in the Idaho Capitol Rotunda.

Our event was to practice our deeply held religious beliefs in the public square, in a building built to represent all Idahoans, not just a majority class.

Several Idahoans asked if the group actually worships Satan. From the group’s own website, they say they do not believe in ‘superstitious’ entities.

Here is what the Satanic Temple says about Satan:

No, nor do we believe in the existence of Satan or the supernatural. The Satanic Temple believes that religion can, and should, be divorced from superstition. As such, we do not promote a belief in a personal Satan. To embrace the name Satan is to embrace rational inquiry removed from supernaturalism and archaic tradition-based superstitions. Satanists should actively work to hone critical thinking and exercise reasonable agnosticism in all things. Our beliefs must be malleable to the best current scientific understandings of the material world — never the reverse.

Here is one of the images sent to us (story continues below): 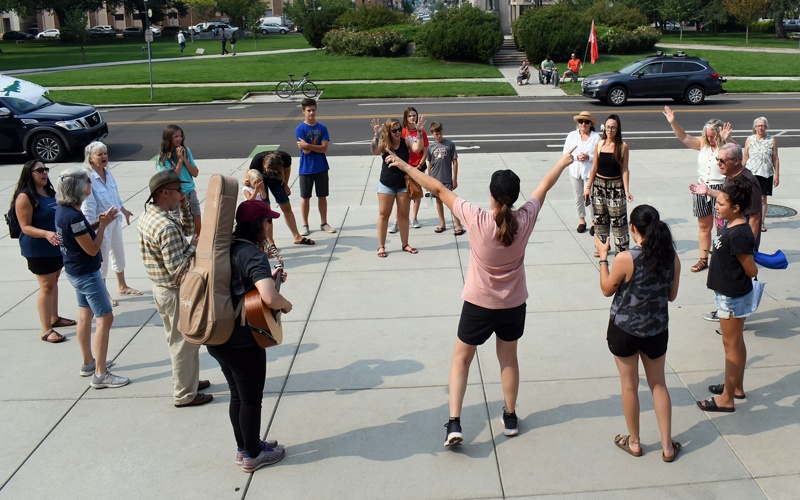 Idaho Dispatch heard at least one claim that the Christian worshippers had ‘scared off’ the Satanic Temple of Idaho individuals.

Kobal gave Idaho Dispatch the following statement regarding the Christians who showed up today during their event:

We completed our event. They have every right to protest us, just as we have every right to be heard in the public forum. We gave our speech from the steps and then read our prayer in the rotunda, leaving them to practice their own deeply held religious beliefs in peace.

Idaho Dispatch also asked our readers what they thought of the event taking place in Idaho’s Capitol building.

Most of the commenters say they do not believe in the group or what the group is doing, but they believe they have a right to exercise their rights as any group does.

What do you think of the Satanic Temple of Idaho holding an event at the Capitol today in Boise?