To date, only one presidential candidate has visited the gem state for the general election.

Dr. Jo Jorgensen is running on the Libertarian Party ticket. She is one of three candidates who are on the ballot in all 50 states according to the Jorgensen campaign.

The first stop was tonight in Meridian and the second is in Idaho Falls tomorrow evening.

Jorgensen is touring the nation on this bus. 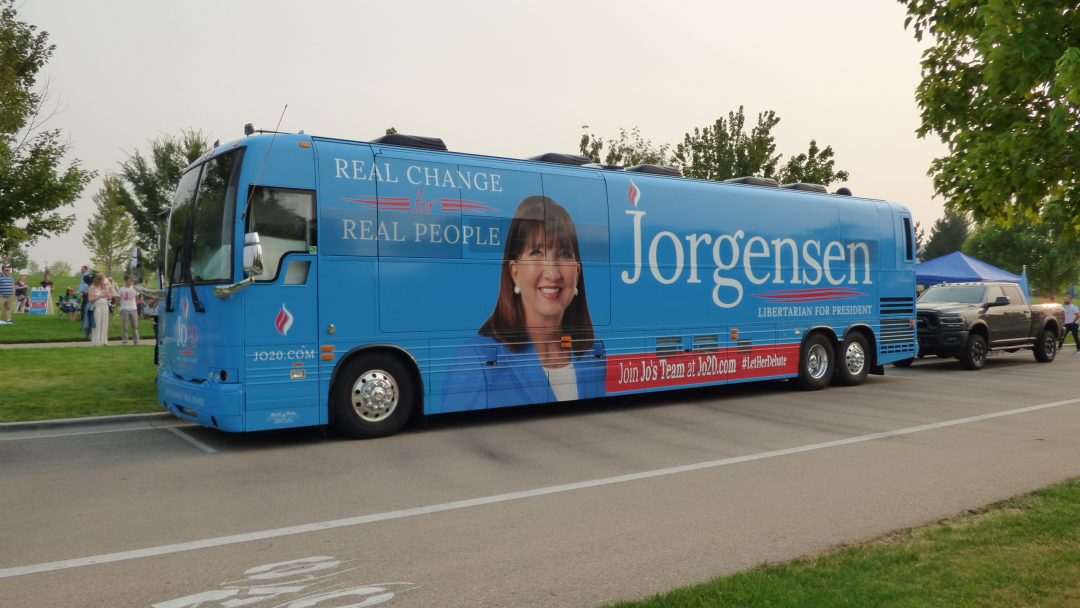 We interviewed Jorgensen for 20 minutes, a discussion streamed live to our Facebook page.

If you missed our interview with Jorgensen be sure to catch the replay below.

We covered a wide range of topics such as the 2nd Amendment, abortion, federal lands, the Black Lives Matter movement, and more.

We chose our questions based on comments from readers and discussions with voters on what issues they would like us to discuss with Jorgensen.

Once the interview was over, the Jorgensen campaign had several speakers talk before she addressed the crowd of approximately 250 people.

Several of the speakers are Libertarian candidates in Idaho for the 2020 general election, including Jess Smith who is running for State Representative (Seat B) in District 13. He is taking on Ben Adams (Republican) who won his primary race.

You can hear the Libertarian candidate speeches in the video below along with the speech given by Jorgensen and the question and answer session she did after.

For about 48 minutes Jorgensen addressed the crowd and did a question and answer session.

She discussed a wide range of topics in her speech including drugs, incarceration rates, troop withdrawals from overseas, education, and many other topics.

Throughout the night, Jorgensen readily admitted that Trump will likely secure Idaho’s four electoral votes in the general election. Still, the Libertarian candidate sought to curry favor with voters who find themselves dissatisfied with Trump and his Democratic opponent, former Vice President Joe Biden. 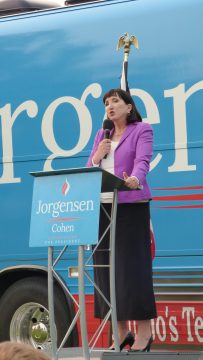 What did you think of our interview with Jorgensen and her speech after? Are you voting for Jorgensen or another candidate?