Another controversy is brewing in Moscow, Idaho over the Christ Church’s Psalm Sing events.

Several weeks ago, several members of Christ Church were cited and arrested for violating the city’s Health Emergency Order which requires individuals to stay at least six feet apart while in public areas or wear a mask if social distancing isn’t possible. The members of Christ Church were singing outside of Moscow City Hall in protest of the order being extended by the city council when the arrests were made.

Several days ago President Trump even tweeted a video showing the arrest of Gabriel Rench, one of Christ Church’s leaders. 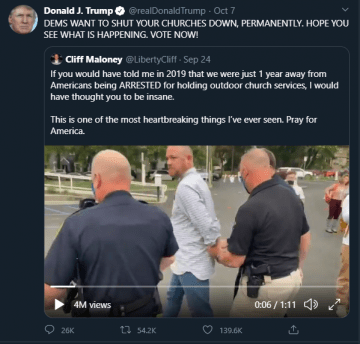 Now, at the most recent Psalm Sing by Christ Church at Friendship Square in Moscow, police were seen on the roof of a building with a large camera and watching the crowd.

Idaho Dispatch sent an email to Chief James Fry of the Moscow Police Department to ask him if the police were on the roof to take pictures of the people singing. Here is what Chief Fry sent Idaho Dispatch:

The officer was up there to document the event as well as document any possible violence that may have taken place.  We typically document all large events so we can review them later if we need information later.

We also asked Fry in a follow-up question if the Moscow Police Department intended to review their pictures/videos and cite those who were not wearing face masks at the event. Here was his response to the Idaho Dispatch:

Will we look through the footage, possibly, will we issue citations, no decisions have been made one way or the other.

Here is the image that is going around social media taken by Rep. Mike Kingsley (Republican – Lewiston) and shared with his permission: 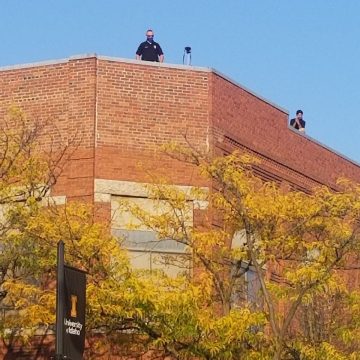 In addition to the Moscow Police Department watching the event, the City of Moscow put out this post prior to the event beginning: 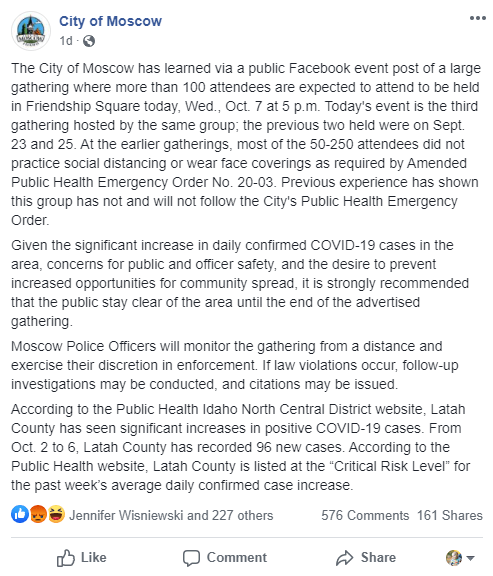 Members of Christ Church were undeterred by the threat from the city of Moscow as approximately 300 people attended the event.

We asked Rep. Kingsley what he thought of the event and the potential threat of citation from the police and here was his response to us:

I was there to support religious liberty and the 1st amendment. It was a wonderful event.

Additionally, we asked Rench what his thoughts were on the police watching over the event from the rooftop, and here is what he sent Idaho Dispatch,

You know, I did not take that as a threat. It looked odd, but I think the MPD filming was for our protection from counter-protesters.

According to Kingsley, only two individuals showed up at the event to protest Christy Church, and then someone was blaring music from an apartment window.

A number of people who were at the event said that someone was blasting the song “WAP” by Cardi B while the individuals were trying to do the Psalm Sing. The song contains a lot of profanity and sexual terms.

Idaho Dispatch did find one video posted by the “Moscow Report” where the song can be heard in the background where children are also present at the Psalm Sing. We will not link to that video because the song lyrics are too graphic.

A number of commenters praised the individual playing the music which was allegedly coming from an open apartment building window.

Kingsley told Idaho Dispatch that while they were singing you couldn’t hear the music coming from the apartment.

What do you think of the police watching over the event? Should people be fined for not wearing a face mask and not social distancing?