Every now and then a controversial billboard pops up across the country that causes quite a stir.

Most of the time the billboards that cause the most controversy are political. With large billboard companies, such billboards usually go through a vetting process with the wording and artwork.

Yesterday, citizens in Boise were upset about a billboard that was posted depicting a burning police car and what many called a racist message with it.

Lamar, the company that owns the billboard, has now apologized on their Facebook page.

The company claimed that the ad was posted mistakenly and said that it was not vetted prior to being posted. 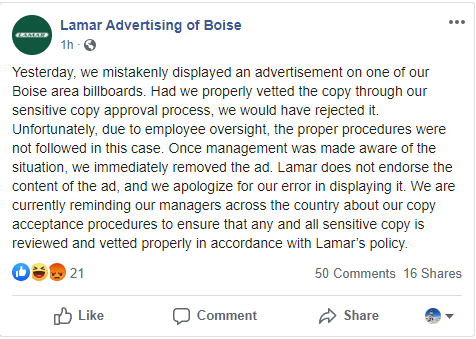 We reached out to Lamar General Manager in Boise, Larry Alder, to ask for clarification on how the mistake was made. We have not yet received a response from him.

If he responds to our inquiry we will update our article for our readers.

Tanisha Jae Newton was the individual, not with Lamar, who wanted the message posted on the Boise billboard. She was a local high school student teacher at Borah High School up until May of 2019.

She posted on Instagram yesterday with a message about the billboard project she worked on: 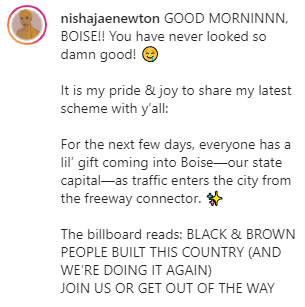 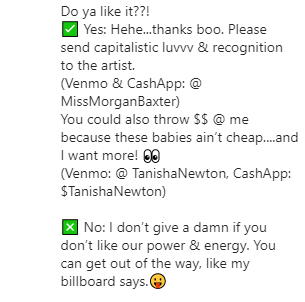 For her part, Newton asks those who support the billboard to send her some money if they approve. If they do not approve, she tells them that they can get out of her way.

Here is the image of the controversial billboard itself:

A number of citizens were posting online and many of the comments that we observed were not happy about the billboard being posted. Quite a few of them felt the billboard was racist and was inciting violence. 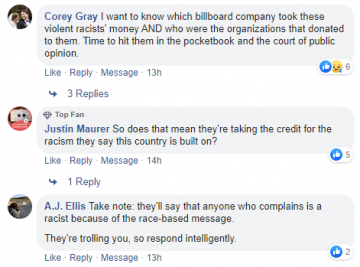 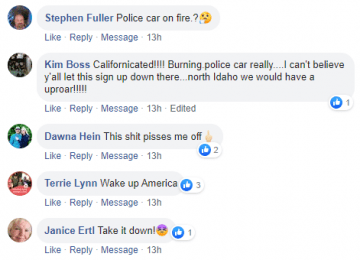 Not everyone was opposed to the billboard, however.

Here are a few comments supporting the billboard:

Despite several individuals commenting in support of the billboard, most of the comments were not in favor of the messaging.

Idaho Dispatch reached out to several of the other advertisers who were in the rotating ad cycle for the digital billboard for comment.

Currently, only Mountain America Credit Union responded to our inquiry. Here is what they told us,

Thank you for reaching out.  We received word the billboard in question has been removed by the sign company.

What do you think of the billboard and Lamar’s apology?