Nichols is a state legislator from Middleton who is currently running for state senate.

The claim is made in campaign literature that a citizen sent to the Idaho Dispatch. Bribery of an elected official is a felony in Idaho according to Idaho Code 18-1352.

Here is the image in question (bribery accusation is the third to last bullet point): 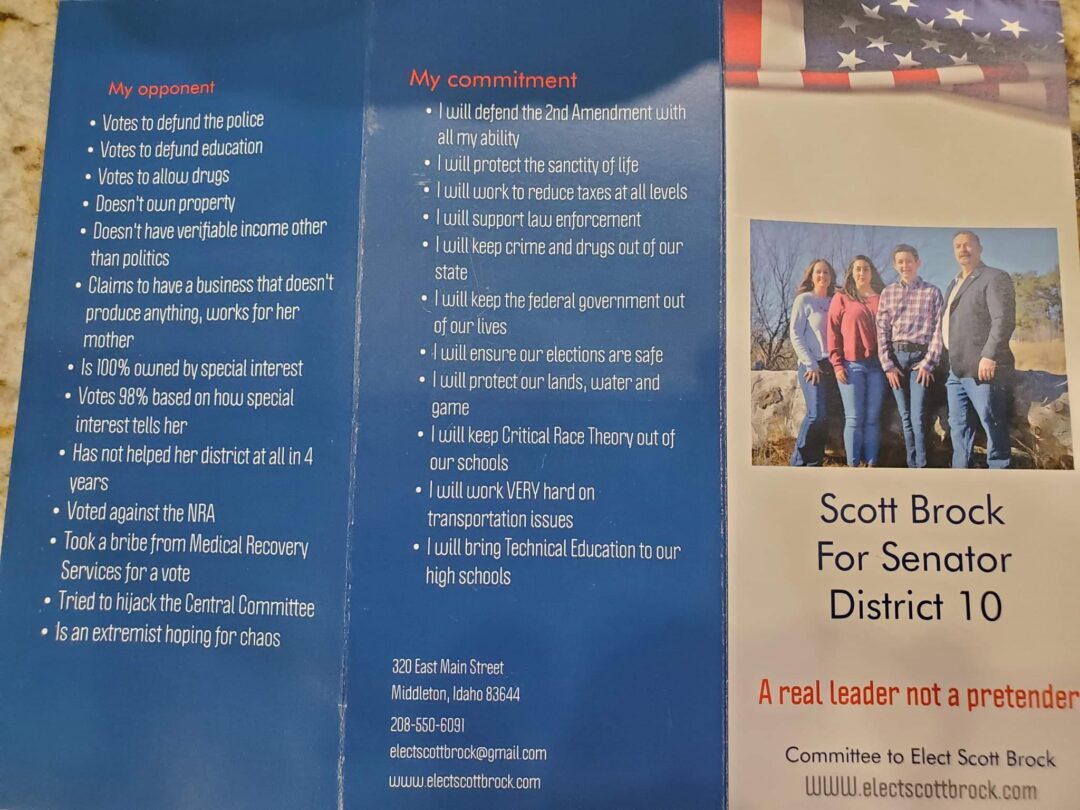 The accusation is toward the bottom of the bullet list on the left-hand side and says, “Took a bribe from Medical Recovery Services for a vote.”

MRS is a debt collection agency out of Idaho Falls.

Idaho Dispatch asked MRS for a statement on the accusation by Brock. MRS told Idaho Dispatch that they are sending Brock a “cease and desist” letter.

The literature also states that Nichols “Doesn’t own property.”

Idaho Dispatch asked Nichols if she owns the home where she currently resides. Nichols sent Idaho Dispatch the following statement, which lists her as the “owner” of the property: 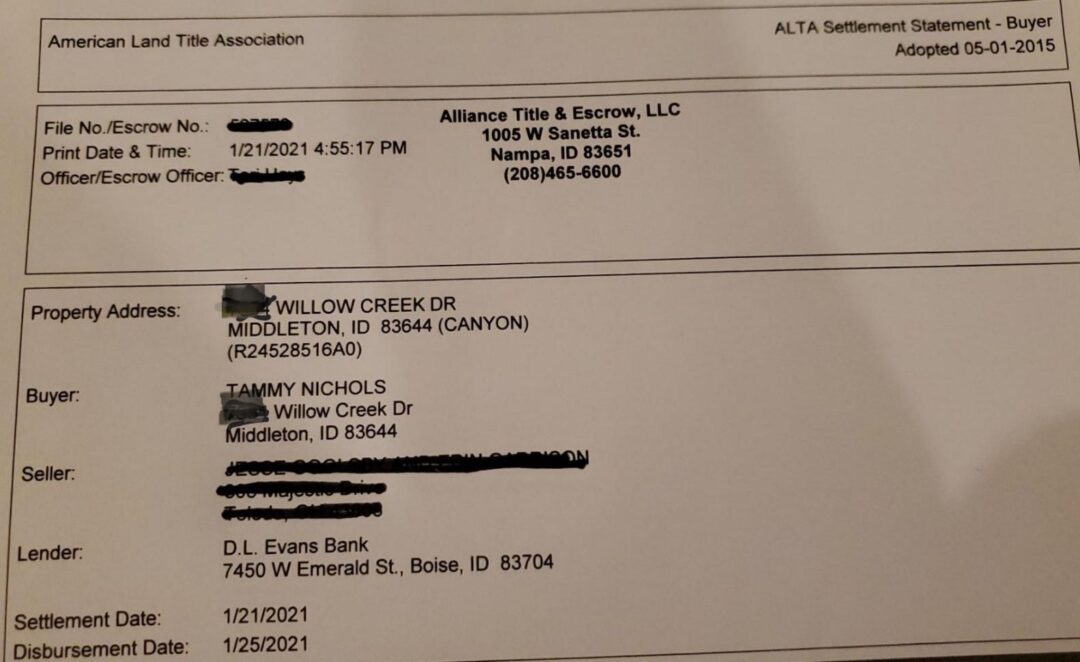 My opponent (Mr. Scott Brock) is so desperate as a result of his own shortcomings that his only play is to engage in lies, slander, and bizarre accusations against my character. I have a proven conservative track record of endorsements and support from the people. He cannot factually attack my conservative voting record and the work I have done, so he has resorted to recklessly defaming me by stating that I have committed a crime by accepting bribes. This is a tactic used by leftist Democrats and is so significant that I am engaging with legal counsel. His actions are inexcusable, misogynistic, and a demonstration of the poor quality of his character and leadership should he, unfortunately, be elected. Members of the legislature do not play well with his type of aggressive and abrasive behavior and neither do the people of Idaho.

The literature also claims that Nichols “Voted against the NRA.” However, the material does not say what specific vote Nichols made against the organization.

The NRA has endorsed Nichols for the 2022 primary election and has given her an “A” rating for the election cycle.

Idaho Dispatch asked Brock what evidence he could provide on the bribery claim and asked for clarification on the property and NRA claim. Brock sent Idaho Dispatch the following email regarding our inquiry:

It’s great to have your fair investigative journalism looking into such things. I am unfamiliar with this mailer that was sent to you. I do not mail to eastern Idaho. I would like to see the mailer. I label my info with paid for by Scott out of his own pocket. Thanks.

Idaho Dispatch sent Brock an email clarifying that the campaign material was sent to us via email and was not sent by USPS. We also sent Brock a copy of the material for review.

Idaho Dispatch also asked Nichols how she became aware of the material. Here is what she told Idaho Dispatch,

I was invited to speak at a meet and greet in Star. One of the attendees at the meet and greet gave the trifold to me because she wanted me to be aware of the lies he was spreading about me. She was confused and then horrified with what he had on his flyer, especially because what he said did not jive with anything I was saying or my reputation.

Two additional images were sent to Idaho Dispatch from the campaign event in Star. You can see those images below (the woman in the green jacket is Brock’s wife according to a witness at the event): 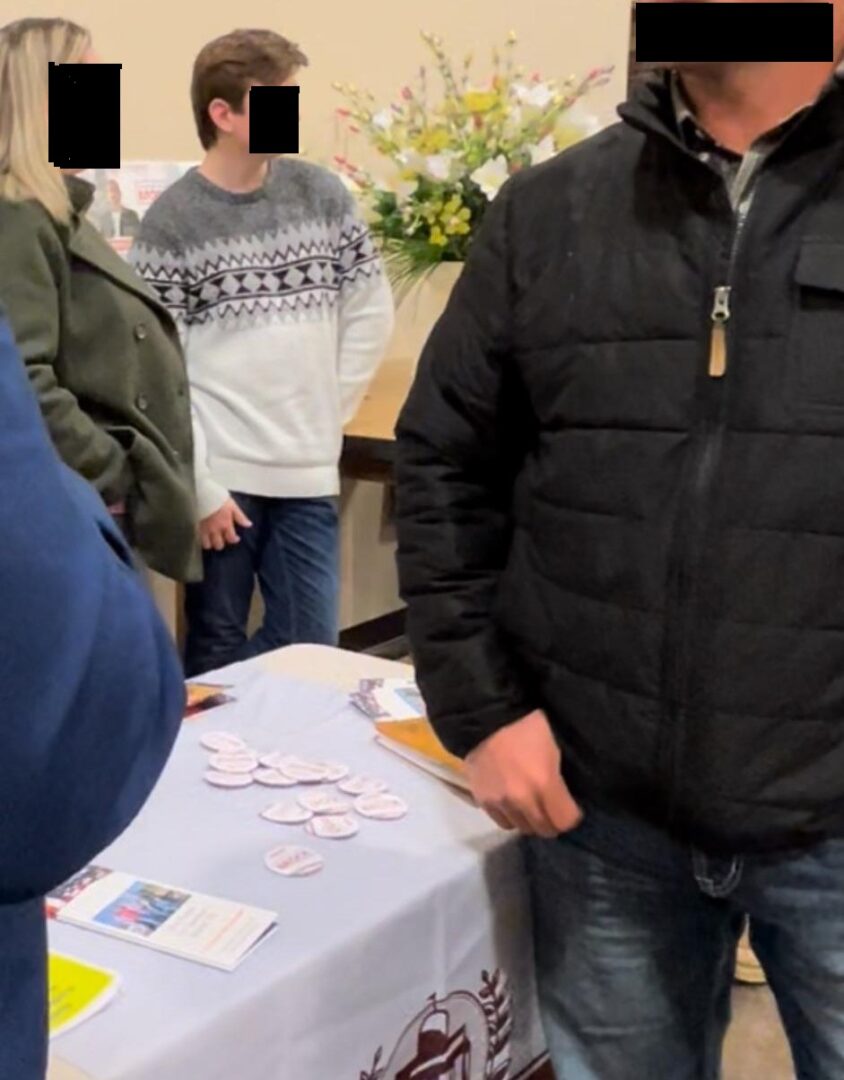 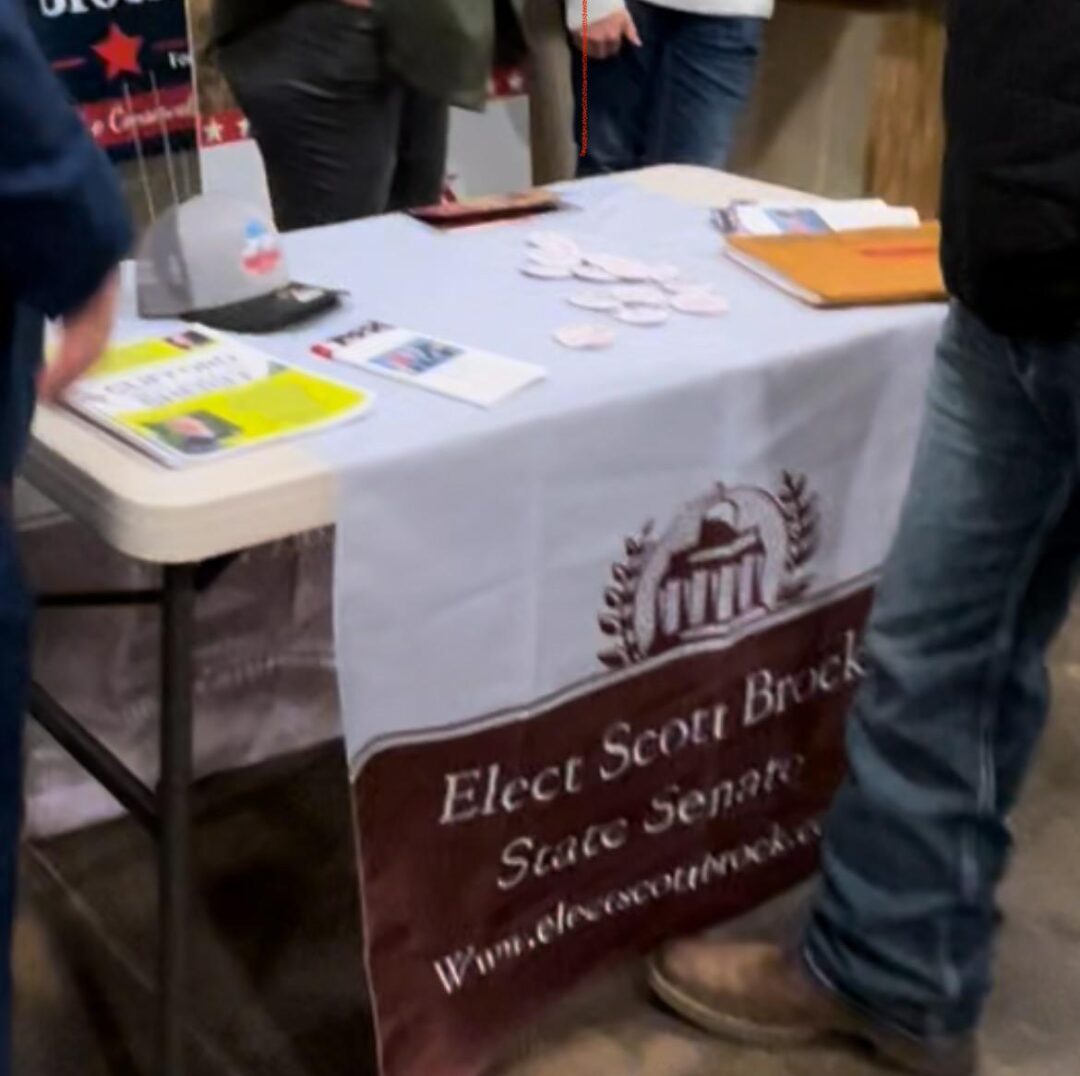 Typically, Idaho Dispatch does not write articles on campaign material. However, because the claim on the tri-fold is that an elected official has committed a felony for bribery, we felt that it was prudent to cover the claim and let both candidates present their evidence and case to the public.