City elections across Idaho are just a little over a week away.

One race that is garnering attention from conservative groups is the Boise is the District 3 race. City Council President Pro-Tem Lisa Sanchez is facing three challengers for the seat.

A group called the Conservative Citizens for Thoughtful Growth has launched a digital billboard targeting Sanchez’s stances on several fronts.

The digital billboard is located on State Street near Willow Lane. Here is what one of the images looks like (story continues below): 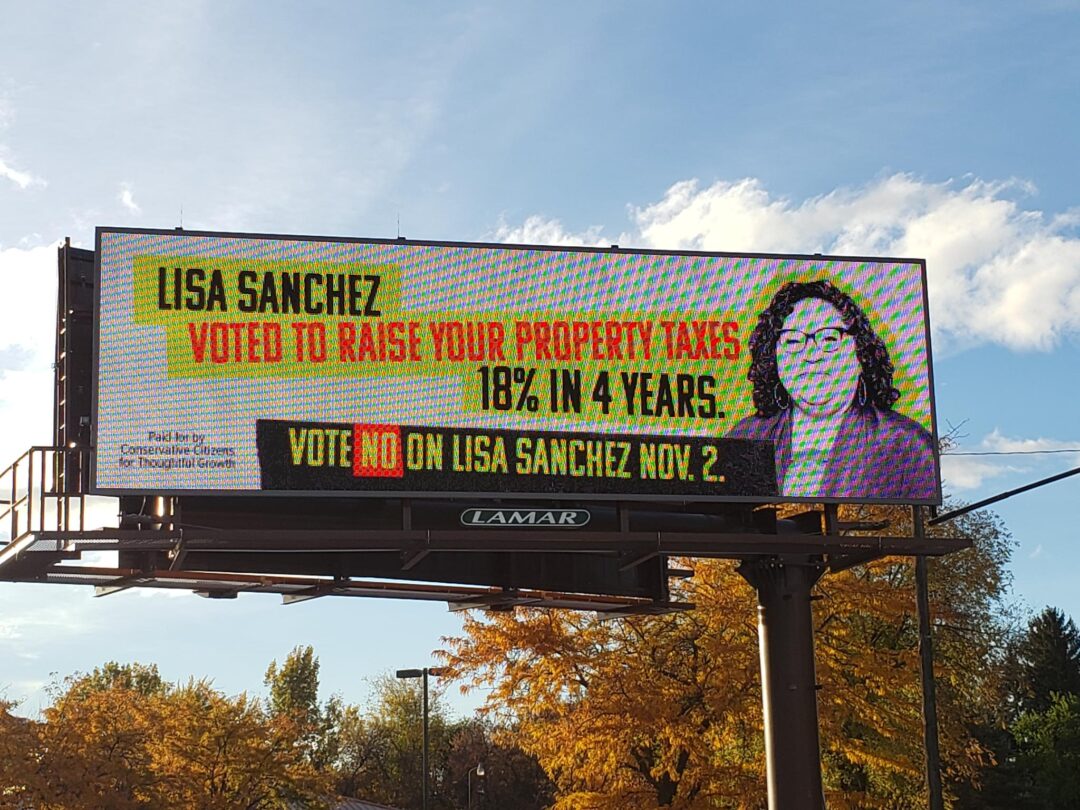 After the George Floyd shooting in May of 2020, a number of city councils across the country began discussions on potential changes to existing budgets for their police departments. Boise’s city council also had its own debate and vote on a police budget.

One of the billboards targets Sanchez’s vote on the Boise Police Department budget proposal.

Idaho Dispatch reached out to Sanchez to see if she had a response to the billboard, but she has not done so at this time.

Additionally, Idaho Dispatch tried to reach out to the group Conservative Citizens for Thoughtful Growth about the billboard but could not locate any contact information. However, “Douglas Black” is listed as the Treasurer on the group’s website.

What do you think of the billboard targeting Sanchez?