Some cities like Portland and Seattle are continuing to deal with rioting and violence in their cities.

The bulk of the unrest stemming first from the death of George Floyd in Minnesota and then Jacob Blake in Kenosha.

Boise has had several protests as well with a newly formed Black Lives Matter chapter in Boise. Several protests and counter-protests have taken place over the last few months.

Recently, Idaho Dispatch received several messages asking us to look into a post on BLM – Boise’s Facebook page as well as something posted on their website.

We were sent the BLM – Boise section of their website which says, “How Do We Defund The Police?”

Here is the screenshot of the question and the link to the specific area of the website:

When you find this portion of that page, you will see a series of items that describe how they intend to defend the police. It is this section that a number of people sent to Idaho Dispatch.

As we scrolled through the section, we noticed that there was a goal of getting the police department budget to “zero.”

There was also a call for no more police training. Additionally, police salaries are to be slashed until they reach zero.

The plan calls for no more hiring of new officers after others leave the department.

Here is a screenshot of the section in question: 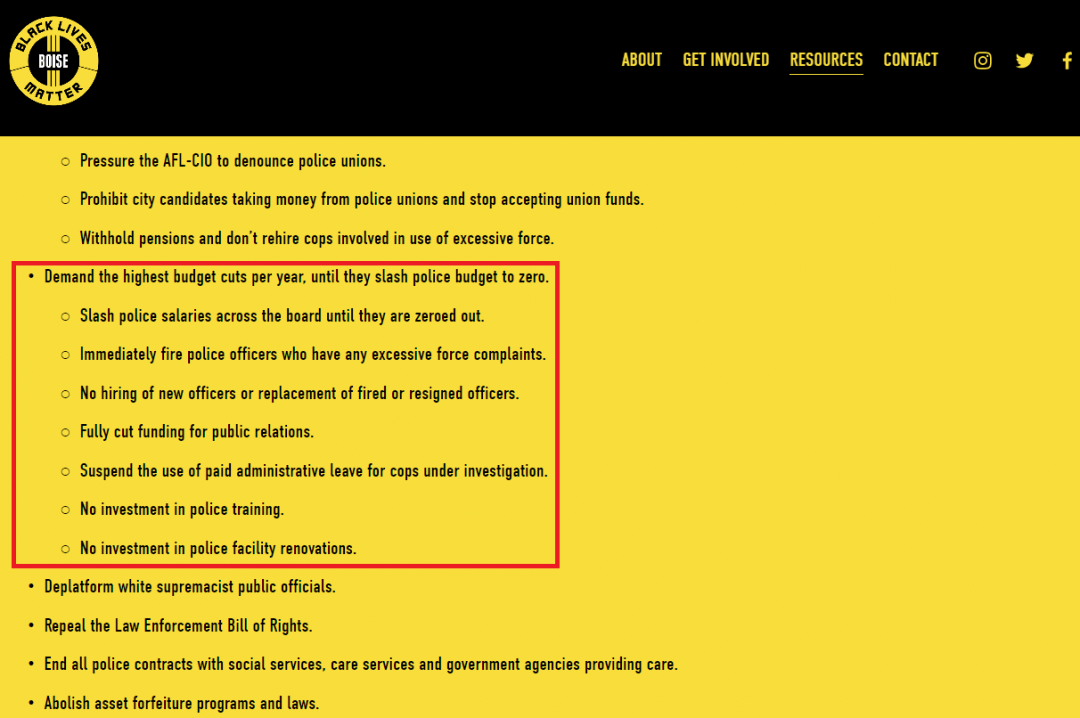 It would appear that from the BLM – Boise website that the goal is to defund the Boise Police Department completely. We have sent a message to the organization to ask for clarification and we have not yet received a response.

The post asks if they (serial killers) have all disappeared.

That post is followed up with another post which says that they have not disappeared, they just wear badges now. The assumption is that at least some police officers are serial killers.

Here is a screenshot of the two posts. 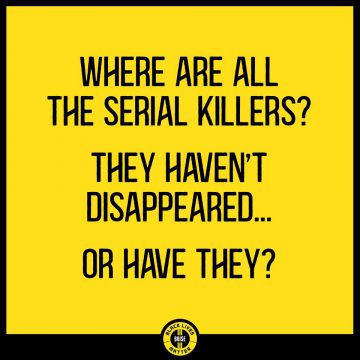 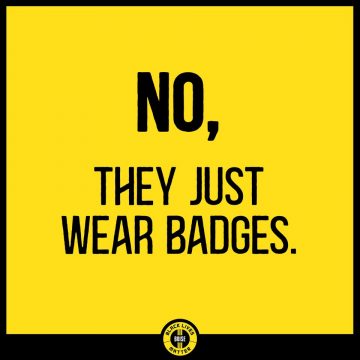 No other evidence or context is given with the posts on specific accusations against any particular police officer. We also sent BLM – Boise a question about these posts and asked if they wanted to make any clarifications or expand on what they posted here.

We asked Keith Graves with Code 3-1 (retired law enforcement group in Idaho) for a response to the BLM – Boise post and website and this was his response to us,

BLM’s social media post about “cops being serial killers” is typical rhetoric from the BLM Boise organization. They say that “killer cops” are rewarded, which is totally untrue. No officer goes out looking to be involved in a  deadly force incident. In fact, most cops do not deadly force even if it is warranted under policy, law, and within their training. It’s because our officers are moral, ethical, and care about our community. The two most recent officer-involved shootings in the Treasure Valley are glaring examples of a  typical Officer-Involved Shooting. In the first incident, Deputy Brandon Austin was shot by the suspect before he returned fire. Deputy Austin’s injuries are extensive. I don’t think it is fair to link Deputy Austin with the title of a serial killer. It was literally a life and death incident. In the latest case from just a few days ago, officers from Boise were forced to shoot a man who was shooting a rifle in an RV park with rifle fire hitting RV’s with people sleeping inside. If those officers had not acted, an innocent member of our community could have been killed. Again, those officers do not deserve to be linked with the title of a serial killer. No, they are heroes and are representative of law enforcement in Idaho.

What do you think of the Facebook post and BLM – Boise’s plan to “defund” the police? Let us know in the comments below.