A complaint has been filed against a Republican candidate for State Superintendent of Education.

In the complaint, Prudente says that Critchfield accepted one donation of $5,000 (statewide candidate limit) from a man named Ryan Phipps.

On May 28, Phipps donated $5,000 to the Critchfield campaign, listing himself as the donor.

The complaint states the following law that was allegedly broken:

Idaho Campaign Finance law permits candidates for statewide office to receive donations of $5,000 per entity, per cycle. For these purposes, a business and an individual are considered separate entities. However, no single individual may donate in excess of $5,000 per cycle through more than one business. In other words, it is unlawful for a business owner to donate past the maximum limit even by funneling funds through multiple businesses that they directly control.

Listed in the complaint is a portion of the Idaho code (67-6610A(6)(c)) that Prudente, Nate, and Zollinger allege that Critchfield has violated:

According to the complaint, the donation from Phipps personally and one of his businesses was okay, but his donation from a secondary business under his control violated Idaho law.

Here are images of the donations themselves that can be found on the Secretary of State’s website:

Here are the images of the business entities that are also listed on the Secretary of State’s website (story continues below): 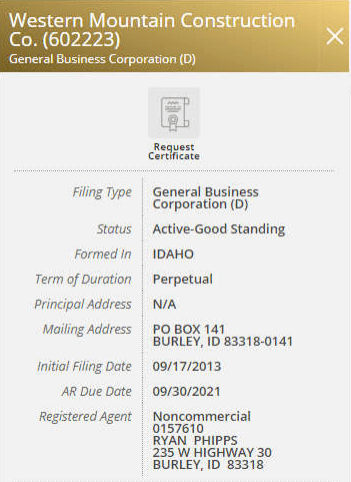 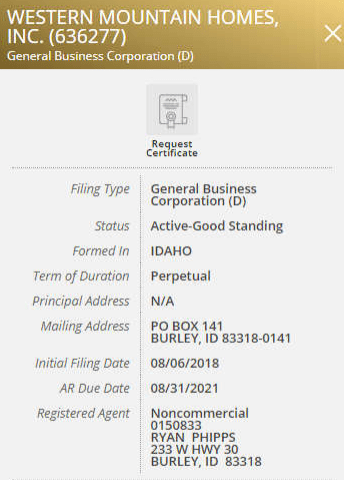 Idaho Dispatch attempted to reach Idaho Deputy Secretary of State Chad Houck for comment, but he has not responded at this time.

We will keep Idahoans informed about any future developments on this story.