Several weeks ago the city of Boise created a “hotline” where residents could file complaints against businesses who are not complying with the city’s health order or for businesses who are having issues with customers who refuse to comply with social distancing or mask-wearing requirements.

The city of Boise said that a number of complaints have already been filed and that they have also gotten bogus calls through the hotline.

However, Idaho Dispatch has obtained a letter from Independence Indoor Shooting, located in Meridian, with the city of Boise threatening the business if they don’t begin to comply with the health order.

The letter, posted in full at the end of the article, is indeed addressed to Independence Indoor Shooting with their Meridian address on the letter itself. The city of Boise’s logo is on the letter.

Independence Indoor Shooting has both firearms and ammunition for sale and has a range indoors. They opened their doors in Meridian in 2017.

Idaho Dispatch spoke with Ryan Later who is the General Manager of Independence Indoor Shooting and asked him what they thought of the letter and what their response has been. Here is some of what Later told us:

Part of me wants to think, oh they just made a mistake because we are obviously not in the Boise city limits, but then it’s like, you look at the letter and there’s our Meridian address right at the top of their letterhead. And apparently, we have heard that there is other places in other cities that are receiving this letter. We called Boise and they said they have accidentally sent some of these letters out to Nampa and Caldwell and some of these other places.

Later went on to say,

It was really concerning, one that we got one and we are not in Boise, and two that they are that careless about the way they are handling this that they’ll do something like that.  The letter isn’t just ‘Hey try to follow COVID policies’ it’s ‘Hey, if you don’t follow COVID policies we are going to come and arrest you or prosecute you or fine you or whatever.’ It makes you feel uncomfortable, that’s for dang sure.

Later also mentioned that if you call the hotline set up by the city of Boise that the hotline says claims can only be processed if the business is “located within the Boise city limits.” The recording then requires you to go through a series of options to report a business.

Idaho Dispatch reached out to Shandy Lam, Communications Manager for the city of Meridian, to find out if they were aware that at least one business in their city had received this type of letter from the city of Boise. Lam asked if perhaps the business was located on the border of the two cities and that maybe that is why Independence Indoor Shooting was given a letter.

Idaho Dispatch told Lam that while the business is close to the border, the letter itself is addressed to a location in “Meridian.”

Here is a screenshot of where the business is located (red marker) with the border between the cities separated by a red line. While Independence Indoor Shooting is close to the border of Boise, it is a Meridian-based business. 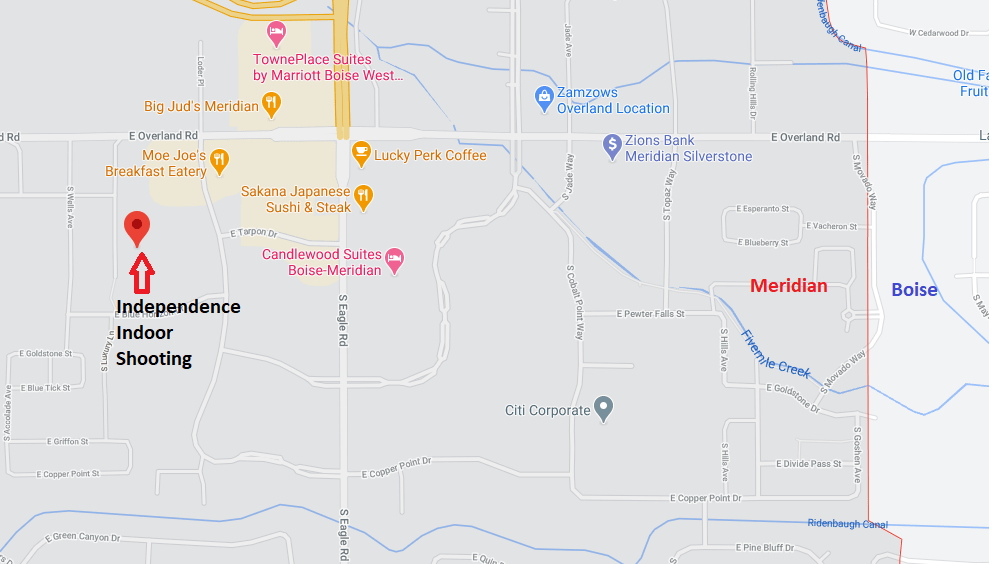 The letter itself indicates that on November 30th, someone complained that Independence Indoor Shooting was in violation of either the state or a local health order. The letter also indicates the city of Boise may forward the complaint to Central District Health for review and possible enforcement.

Finally, the letter indicates that if there is another complaint, the city will do an investigation and if the business is found to be non-compliant with the health order, the business owner, its staff, and patrons may face a criminal misdemeanor charge.

That charge can carry a fine of up to $1,000 and possible jail time.

Idaho Dispatch reached out to Seth Ogilvie, the Communications Director for the city of Boise for a statement on the letter sent to Independence Indoor Shooting for clarification on why the letter was sent to a business outside of Boise. We have not yet received a response and will update the article if we receive one or if the city responds on its own website.

What do you think of the city of Boise sending this letter to a business in Meridian? Do you believe this was an accident or intentional? 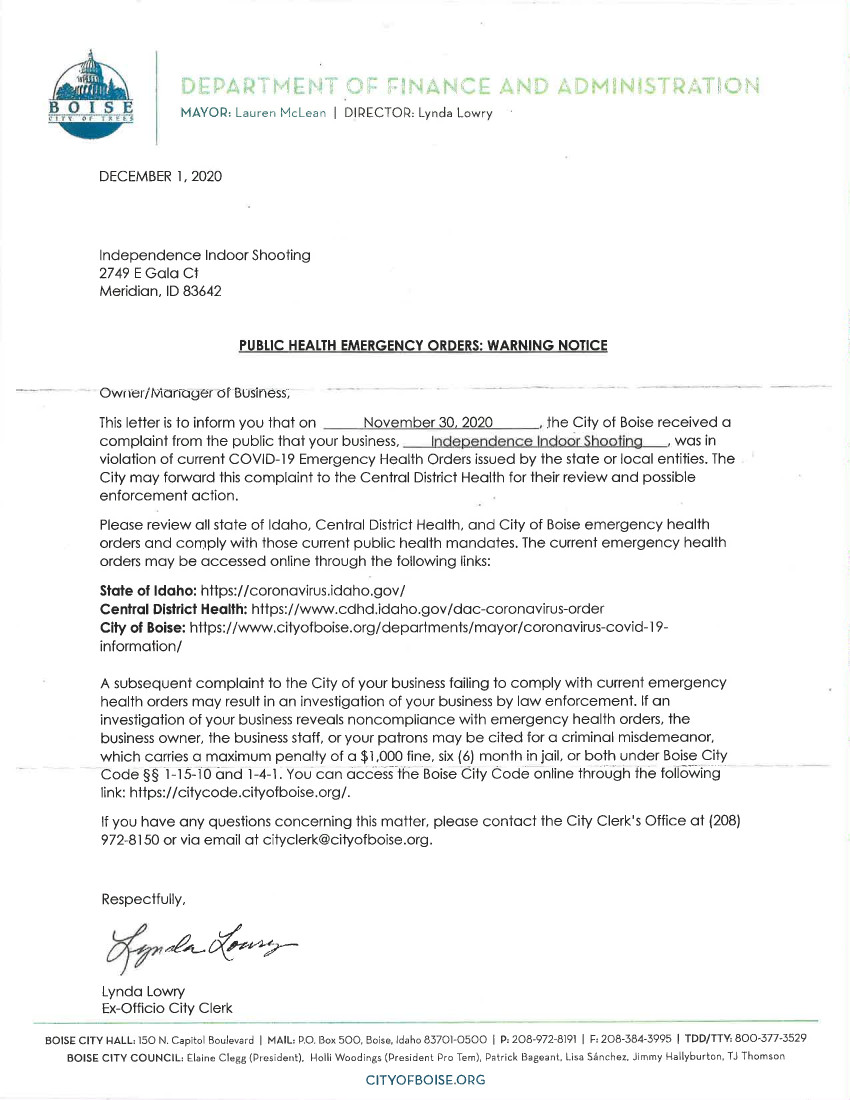