With just one month of planning, Tracey Koellisch put together an event in Eagle, Idaho for the arrival of Charlie Kirk.

Koellisch is the Founder of a group called “Eagle Conservatives” and is the Ada County State Committeewoman.  The event she organized was called “FreedomStand 2020.”

The emcee for the event was Kevin Miller with 580 KIDO, a local talk show host in the mornings in the Treasure Valley.

Kirk is the founder of Turning Point U.S.A., a non-profit he founded in 2012. 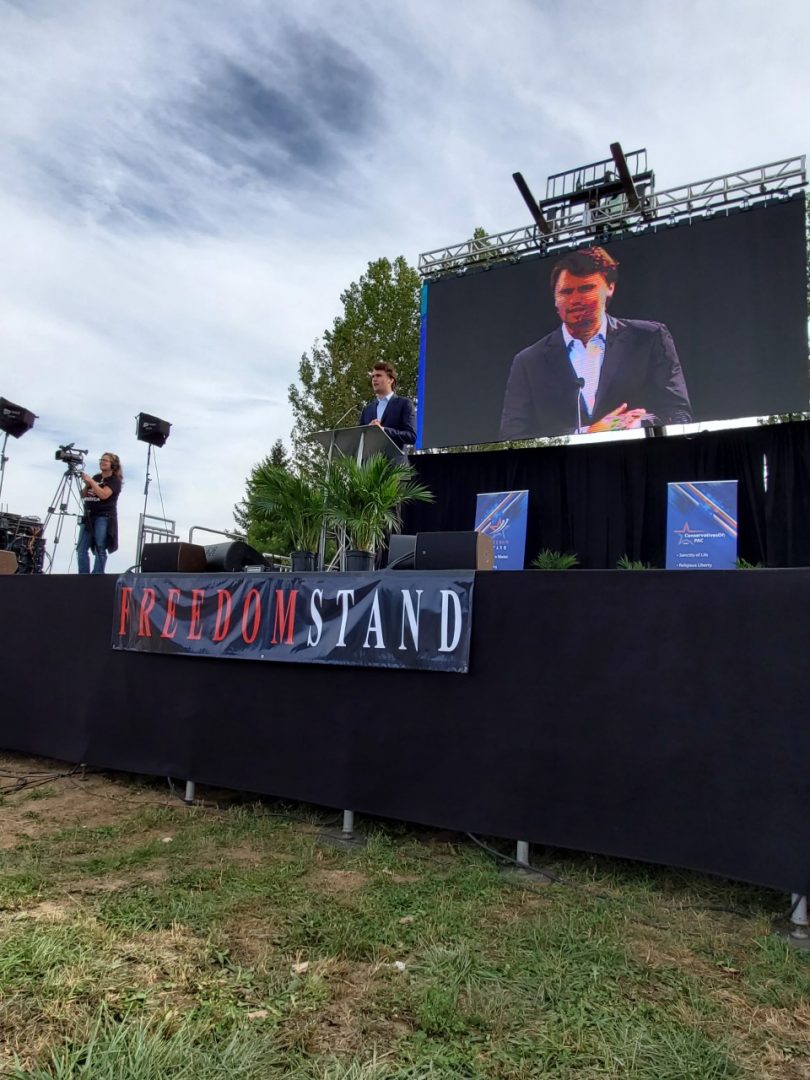 The goal of Turning Point is, according to its website, to,

Kirk spoke in Eagle about the upcoming 2020 election, taking several shots at the Democrat party. Additionally, Kirk discussed the nomination of Amy Coney Barrett who was nominated the same day by President Trump to replace Justice Ruth Bader Ginsburg.

The nominee should be voted on prior to the election Kirk told the crowd.

Kirk also discussed what he considers a major problem in America’s college system in what he said were kids paying too much money for college education and going into debt for that schooling for jobs that won’t be available once they graduate.

After Kirk was done speaking, he and another guest speaker, Pastor Rob McCoy, took questions from the crowd.

McCoy is a pastor at Godspeak Calvary Chapel in California. He was told not to hold church services by court order and he defied that order for which he is now facing possible penalties. 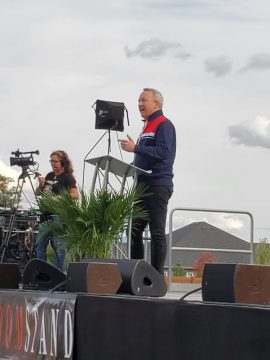 Prior to McCoy speaking, a number of elected officials in Idaho and the Republican State Party Chairman, Tom Luna spoke.

Luna just took over the Republican Party Chairmanship after Raul Labrador retired from the position and chose not to run for re-election. Luna discussed the Republican Party being revitalized in Ada county and the need for Republicans to come together to prevent Idaho from having a similar fate to states like Washington and Oregon where cities like Seattle and Portland have become Democrat strongholds.

Senator Jim Risch talked to the crowd about the Republican-led Senate’s intention to vote and confirm Barrett to the U.S. Supreme Court.

Risch also talked about his support for President Donald Trump and told the crowd that he informed the president that Idaho was in good hands and would be supporting him.

Winder and Moyle, two of the Republican’s state party leaders in the Idaho capitol discussed their desire to work together in the upcoming session to change some of Idaho’s laws. A number of legislators have expressed frustration over what they felt has been a lack of the legislative branches’ input into some of the Coronavirus decision-making processes.

According to Koellisch, the event sold over 750 seats which were set up at the Restored Community Church in Eagle. 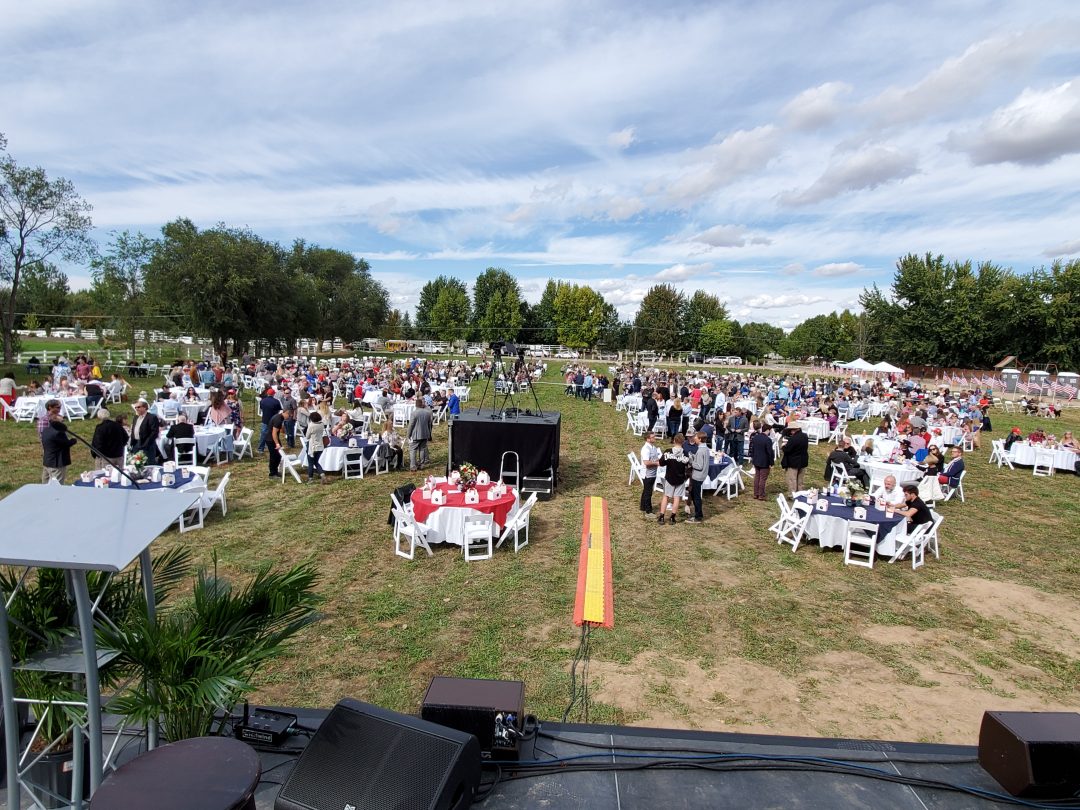 The event was held outside and the area with “sponsored tables” was at the front of the crowd with general seating behind the sponsored area.

We had a moment after the rally to speak with Koellisch about the event. Here is what she told us,

Did you attend the event with Charlie Kirk? What do you think of Kirk’s organization Turning Point U.S.A.?

If you hear of other high-profile political figures coming to Idaho from any side of the political spectrum be sure to let us know.

You can send an email to info@idahodispatch.com with details and we will do our best to cover the event.

Be sure to sign up as a monthly supporter today at idahodispatch.com/donate and help us continue to grow the Idaho Dispatch!