With the recalls being suspended, no other recalls are currently happening in Idaho. This after both the Governor Little and Mountain Home Mayor Rich Sykes recalls also failed last month.

Just last week recall organizers for McLean and Sanchez told Idaho Dispatch they felt that momentum was on their side.

However, today they announced that for several reasons they were suspending their efforts.

The Recall Board voted to suspend our current Recall. Obtaining physical signatures in the COVID pandemic is very tough. We lack large events like BSU football, the Western Idaho Fair, or concerts. People are afraid to open their doors. The Change.orgpage confused people about whether they have signed already. The presidential campaign has overshadowed local politics. Rather than pushing volunteers to continue, we are going to suspend the Recall efforts at this time. Thank you for all you work on this. We will regroup and plan for the future.

A petition was also circulating on Change.org to recall Mayor McLean but Idaho’s laws require signatures to be gathered on an approved form and also by hand.

Online signature gathering is not legal in Idaho for official recalls or ballot initiatives.

We are unaware of how many signatures the group gathered but sent a message to one of the organizers, Lynn Bradescu, to see if she knows how many they obtained in total.

If the recall had gathered enough signatures to put the two elected officials on the ballot the election would have taken place in March of 2021.

The choice to suspend the recall has been met with some negative comments from those who did not want the group to quit trying with three weeks remaining to gather signatures.  Other individuals were confused because official statements were deleted from the group and commenting has been turned off on some posts.

Here are some of the comments we captured: 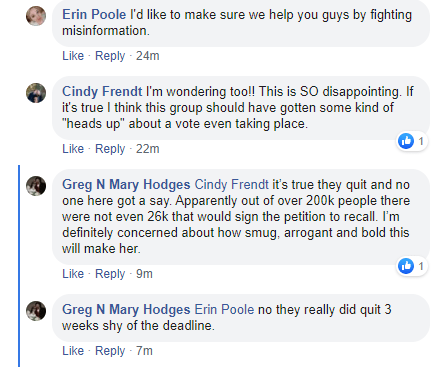 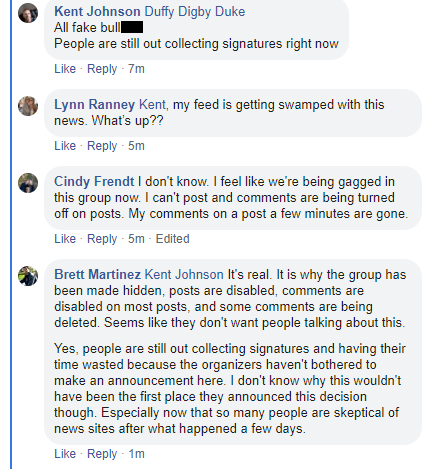 However, not everyone was upset about the decision. At least one commenter empathized with the organizer’s decision to call it quits.

The confusion and anger from some individuals were similar to the reactions of the Governor Little recall organizers faced last month. A video surfaced in that group of organizers burning recall petitions. Then several posts appeared saying the group had not gathered the necessary signatures which were also deleted before a final post was made.

In the McLean/Sanchez recall group, Facebook posts began disappearing and comments were turned off as well. It is unclear at this time why that is being done.

This message is seen at the bottom of several posts on the Facebook group for the recall effort for McLean and Sanchez.

The initial announcement to suspend their efforts came on 670 KBOI’s Nate Shelman show earlier today from one of the recall organizers, Joe Fillecetti.

We have reached out to Boise Mayor Lauren McLean and City Councilmember Lisa Sanchez for comment but have not heard back from them as of this writing.

Here is the initial post that was captured and has since been taken down: 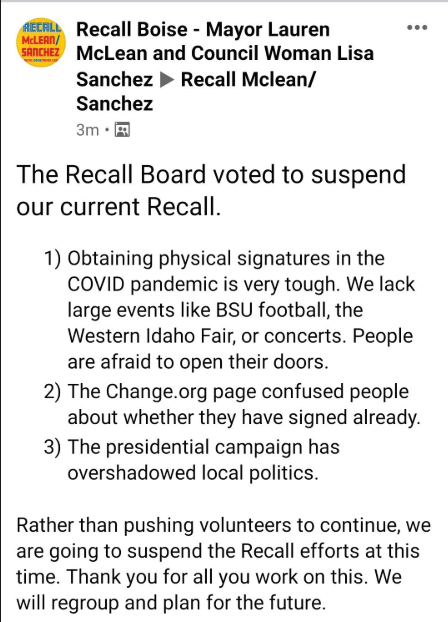 One thought on “Breaking: Effort to Recall McLean/Sanchez Suspended by Organizers”