Joey Hoadley, the former Lieutenant over “Investigations” at the Caldwell Police Department, has now been indicted on two felony charges.

Hoadley had previously attended a “plea agreement hearing.” It is unclear what happened at the hearing, but attorneys Idaho Dispatch spoke with say that the felony charges likely wouldn’t have been filed if Hoadley had agreed to accept the misdemeanor charge he was facing.

Hoadley was one of two Caldwell P.D. officers being investigated by the FBI.

One of the charges is for “Deprivation of Rights under Color of Law.” The previous misdemeanor charge was for the same alleged violation but is now filed as a felony.

The other felony charge is for “Destruction, Alteration, or Falsification of Records in Federal Investigations.”

You can see parts of the images below of the documents obtained by Idaho Dispatch.

Note: All people are innocent until proven guilty. Charges do not denote guilt. 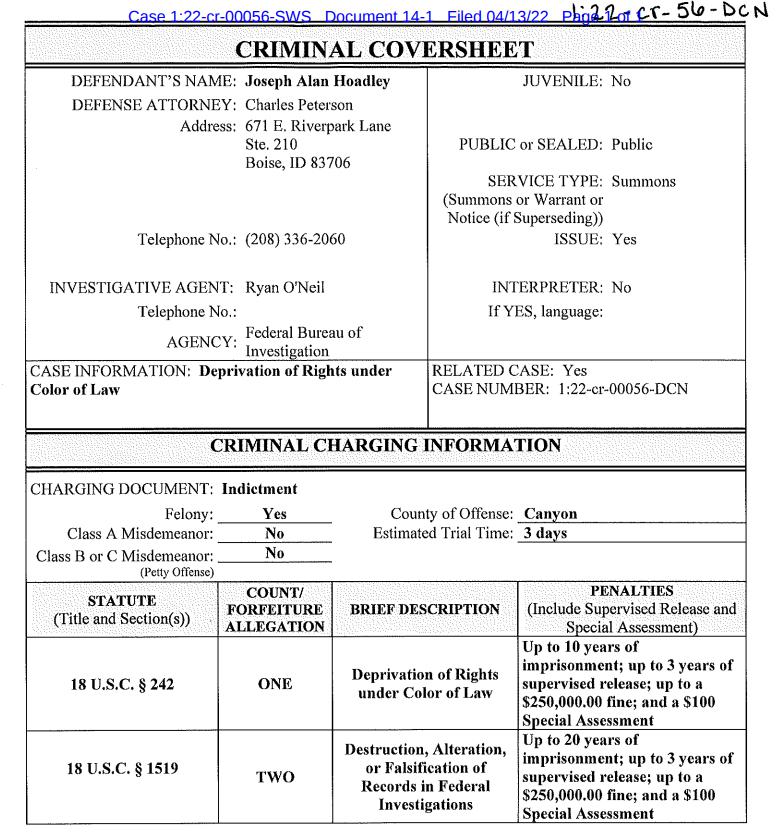 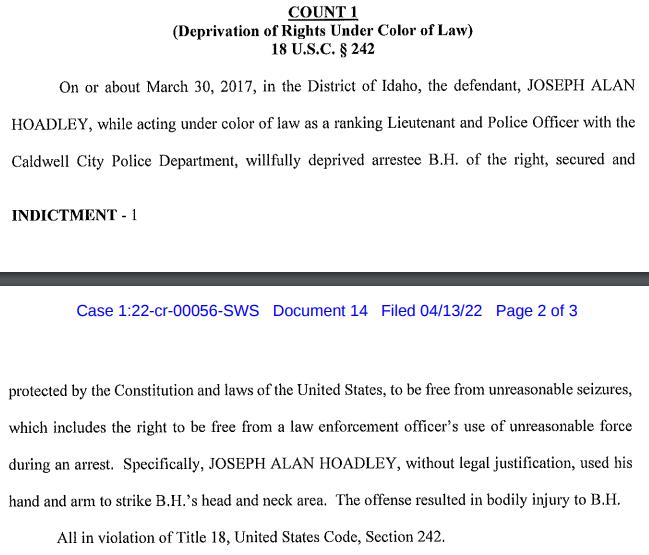 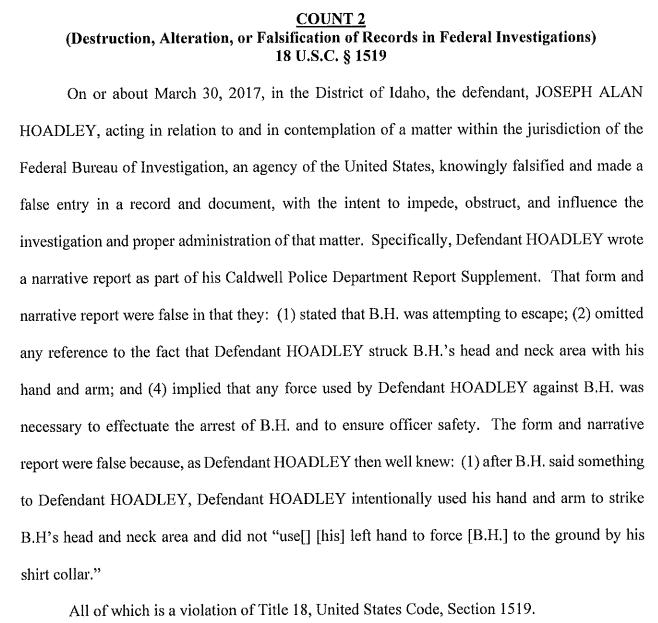