Boise, Idaho — Following the manual recount of 8 of 32 Bonner County precincts, the office of the Idaho Secretary of State has wrapped up its review surrounding allegations challenging the accuracy of Idaho’s November 2020 election. The findings: As expected, the election was executed with both integrity and accuracy, with the office finding only a roughly 0.1% margin of error across 3 counties.

Saturday’s manual review and recount of over 7,700 ballots in Bonner County was the third such review conducted by the office over a 2 week period, a process that was started following citizen submissions of a spreadsheet and webpage published at http://thebiglie.frankspeech.com, a website that bears the copyright of Michael J. Lindell.

The webpage shows lists of every county in the country, sorted by state, and then purports to show how much each county was electronically manipulated, referencing dates, times, and IP addresses that supposedly connect to the particular attack. Secretary Lawerence Denney stated, “I had received numerous phone calls and emails over the last month from constituents wanting my office to ‘look into Lindell’s data’, but until recently, that data had never been available.”

Once the data showed up on the website, Chief Deputy Secretary Chad Houck, who was in charge of the review, says that the office started getting copies sent to them. “We have always said that if you have information regarding election fraud that we can look into, put it in our hands. Once this came out publicly, and especially given that it implied that all 44 county’s results had been altered, we felt it was important to address it publicly,” says Houck. “This questioned the integrity of the Secretary’s office, and the integrity of the 44 elected county clerks across Idaho, and that is something we won’t take lying down.”

Bonner County’s clerk, Michael Rosedale, had the same perspective, and volunteered his county for the effort because it offered a unique fit to the review – a machine count county with a single point of aggregation. “Every vote in Bonner County ultimately goes through one computer during the tabulation process. For a digital manipulation to happen, it would have had to have been on that machine,” says Rosedale, “but the computer is not connected to the internet via LAN, Wi-Fi or Bluetooth. I know it was secure.” In the end, the vote count showed a mere 0.116% margin of error, 9 ballots in total with 8 attributed to Trump and 1 to Biden. “Of those ballots, at least 7 could likely be attributed to extremely light markings that the tabulation machine could not pick up on election day,” says Houck. If that explanation were considered, the margin of error would drop to around 2.5 in 10,000, or 0.025%.

Following the review in Butte County, where results initially showed 9 fewer votes counted, county officials did their own review of the poll books and tally books, resulting in the discovery of a math error that accounted for a 10-ballot overall difference, and advised the Secretary’s office of the discovery. Adjusted for this finding, Butte County’s margin of error dropped from 0.63% to 0.07%, bringing all counties well below the 8.4% margin of error alleged by the spreadsheet.

“We jealously guard Idaho’s election integrity reputation, and this was a shot directly aimed at each state,” reflects Houck on why the office undertook the review. “While our team is always looking for possible vulnerabilities, this allegation was patently without merit from the first look. It takes hard work to build confidence in a State’s elections system, and careless accusations like this can cause tremendous harm. Doing nothing and saying nothing would have been like conceding its truth.”

No further review of this data is planned by the office. The costs associated with the review were paid with federal grant funds earmarked for audits in 2018 by the Secretary under the Help America Vote Act. The first review covering Butte and Camas counties is estimated to have cost around $2,500, with the Bonner County review estimated at $4,000. The Secretary’s office has offered to reimburse any expenses incurred at the county level from the same funds. 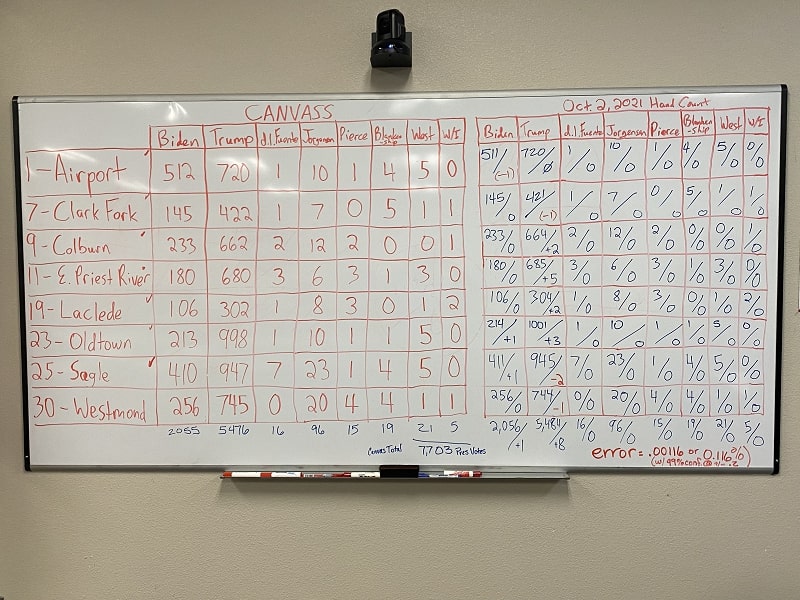 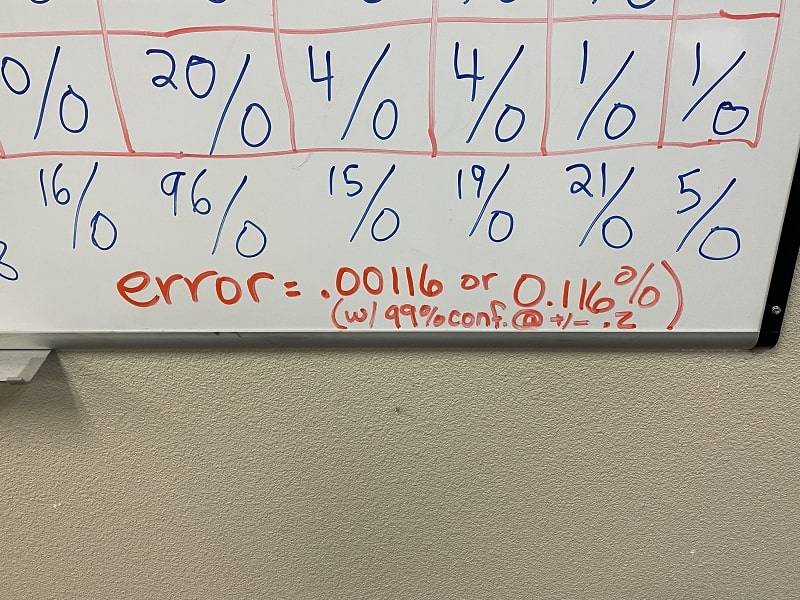