I will be rescinding and reversing any actions taken by the Lt. Governor when I return.

In Idaho, the Lieutenant Governor has the powers of a Governor when the Governor is out of state.

Lt. Governor Janice McGeachin did an Executive Order earlier this year while Governor Brad Little was out of the state and banned mask requirements by schools or local government agencies. Little rescinded the order once he returned to Idaho.

Today, while Little was with other governors at the U.S./Mexico border, McGeachin issued another Executive Order prohibiting K-12 schools and universities from requiring Covid-19 vaccines or testing which was an update to Little’s previous order banning state agencies from enacting vaccine passports.

Some individuals have questioned whether or not Little’s previous Executive Order would prohibit Boise State University from requiring either proof of Covid-19 vaccination or a negative test before entering its football games. However, BSU has since backed down from the requirement, stating that not enough tests are available in the area to make it a requirement for entry.

McGeachin posted on Facebook the following message along with a screenshot of her Executive Order:

Today, as Acting Governor, I fixed Gov. Little’s Executive Order on “vaccine passports” to make sure that K-12 schools and universities cannot require vaccinations OR require mandatory testing. I will continue to fight for your individual Liberty.

Idaho Dispatch has reached out to Little’s office for comment, but we have not received a reply at this time.

Below is the image posted by McGeachin on her Facebook page: 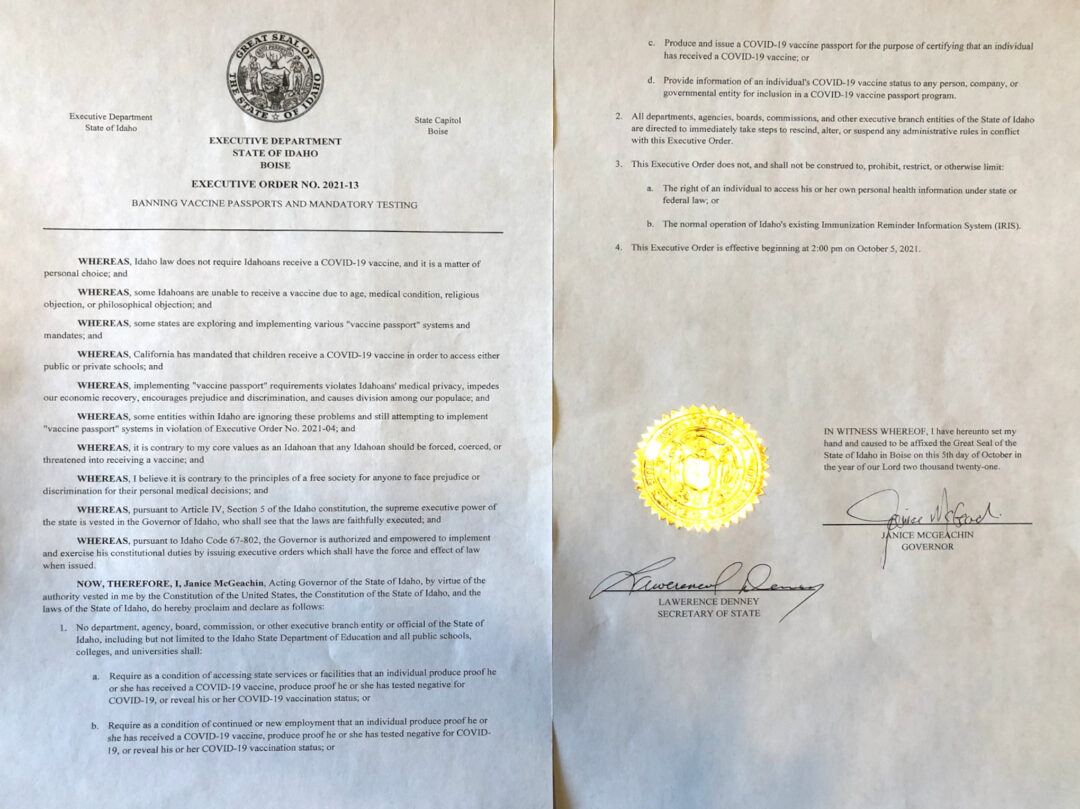